Wyre Forest Crematorium in Kidderminster was initially instigated by Wyre Forest DC. Howl Associates were appointed following a competitive tendering process. The Brief required us to produce two different design options for the cemetery and crematorium. One was based on orthogonal design principles the other on a curvilinear principle. The latter was a concept driven solution that was based on a water droplet falling into a pool creating ripples being analogous to how one person’s life affects those around them during their lifetime. Although more expensive, the curvilinear solution was selected for development. Planning permission was gained and the project was subsequently tendered to companies to develop and run the facility. There was no obligation to develop the Council’s scheme and developers could present alternative proposals. Dignity Funerals approached Howl Associates to work on their bid, which was fortunately successful.

While keeping the original design principle the proposal was modified to meet the developer’s specific operational requirements. The building design consists of a series of floating roof forms separated from walls with frameless clerestory glazing. The entrance porte cochere provides ample space for people to gather before a service. Departure at the end of the service is via a courtyard with circular deck level pool.

Acoustic considerations have been a prime concern due to the proximity of an adjacent industrial estate, major road and rifle range and considerable work has been undertaken with an acoustic consultant during development of the design.

The building adopts a fully framed construction with metal stud walling which achieves a higher acoustic rating that an equivalent thickness of heavy weight construction. All external walls use an insulated render system (Green Guide rating A+). Zinc was selected to deal with the complex geometry (Green Guide rating A) of the main chapel building while green roofs are used on the site maintenance building.

The design creates as series of external rooms next to the chapel that are enclosed using stone filled gabions. The circular design theme extends out into the cemetery area

The building is designed to achieve a BREEAM Very Good standard. Although the possibility of using reclaimed heat from the cremation process was investigated (which is technically feasible) this was not pursued due to client concerns regarding public perception. Heating therefore utilisies air to air heat exchangers, which will also meet client requirements for occasional comfort cooling.

The project was awarded a prestigious RIBA Architecture WM Award in June 2012, and was Highly Commended at the West of England LABC awards 2012. 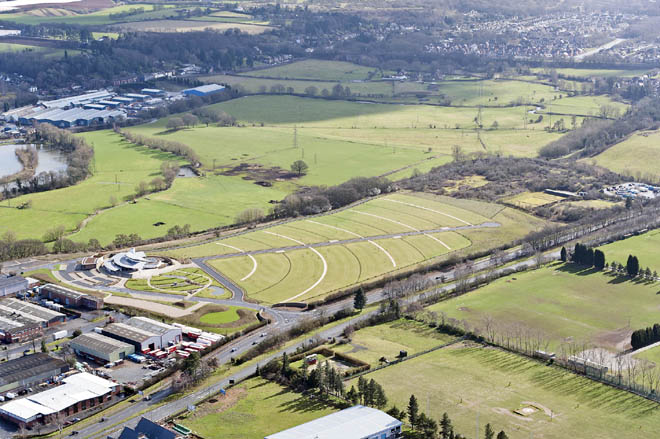 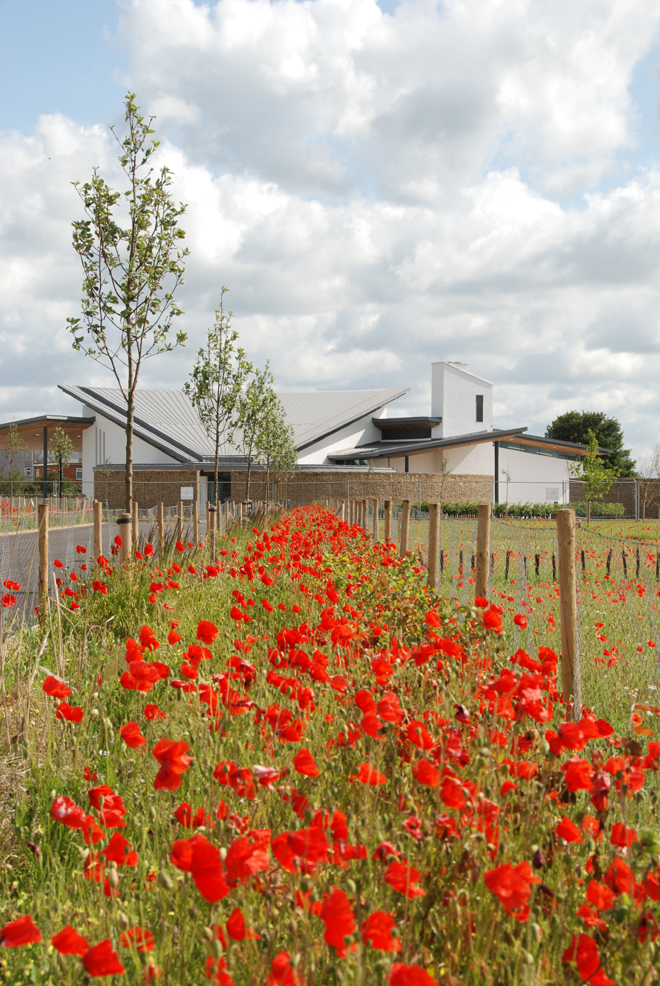 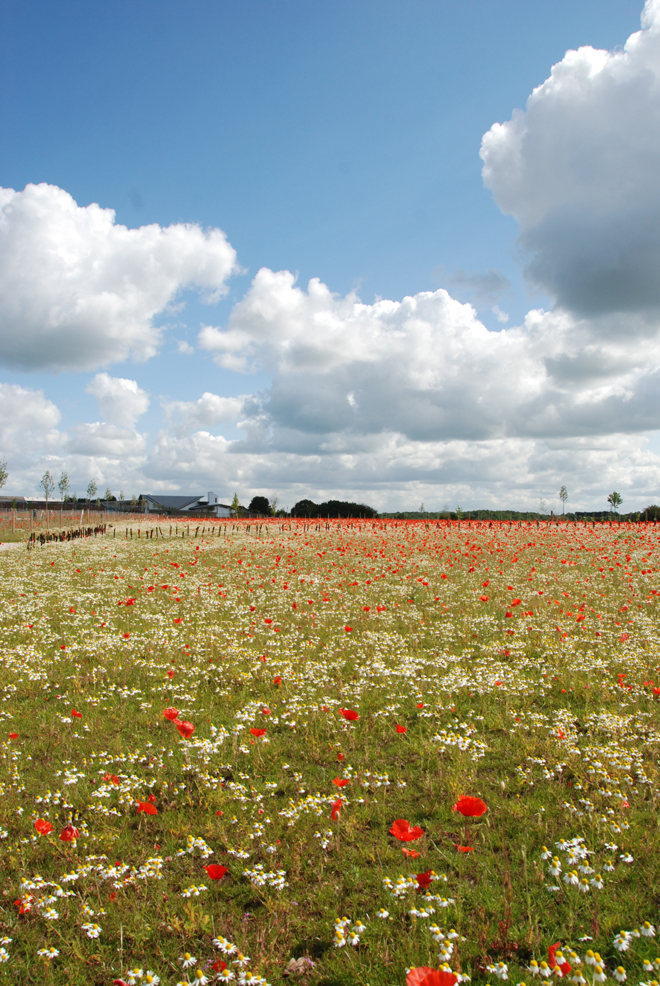 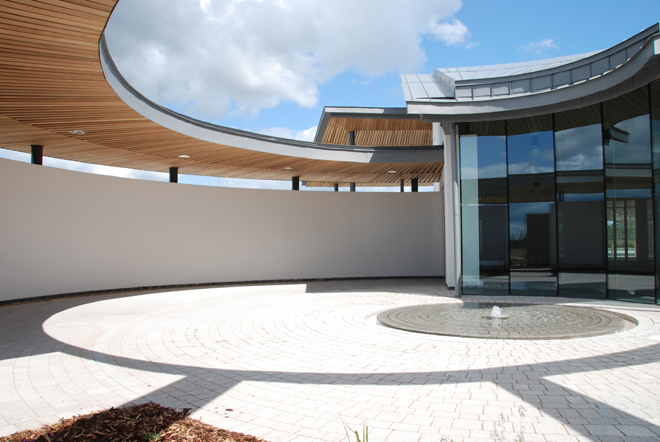 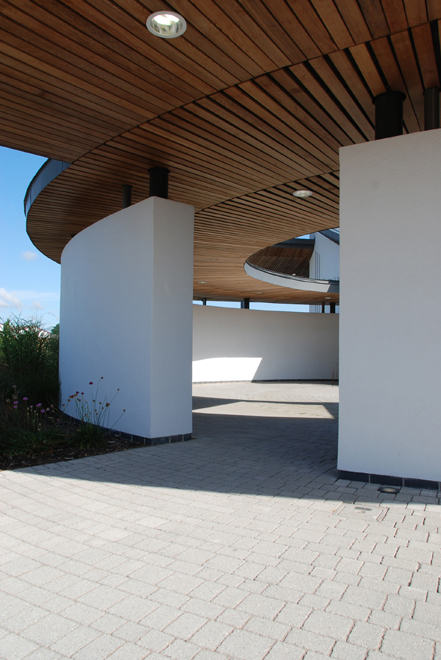 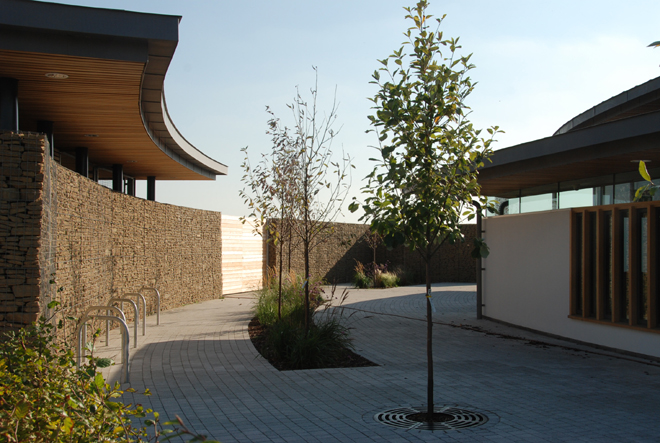 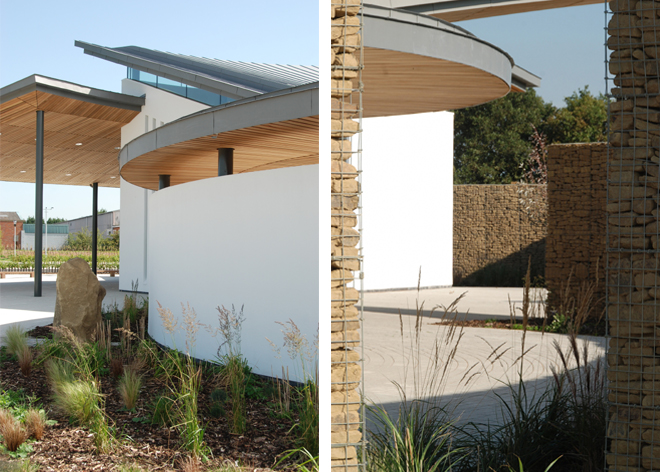 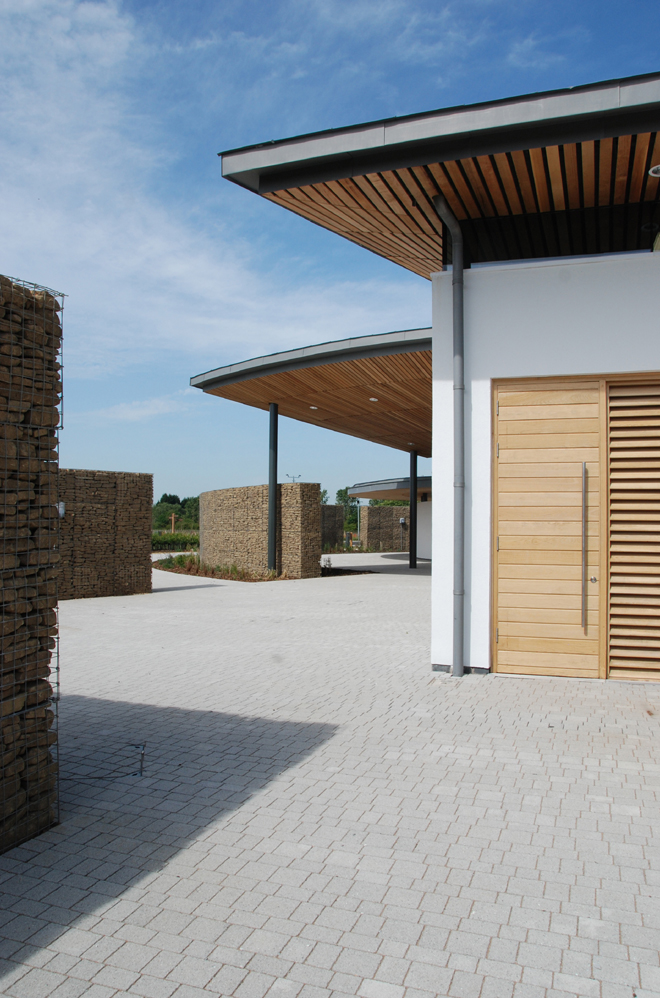 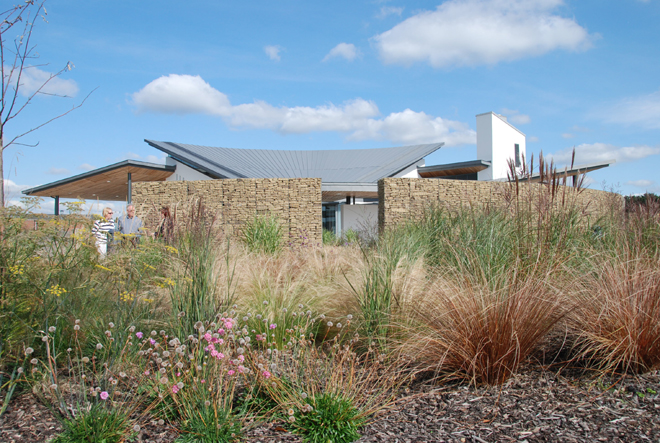 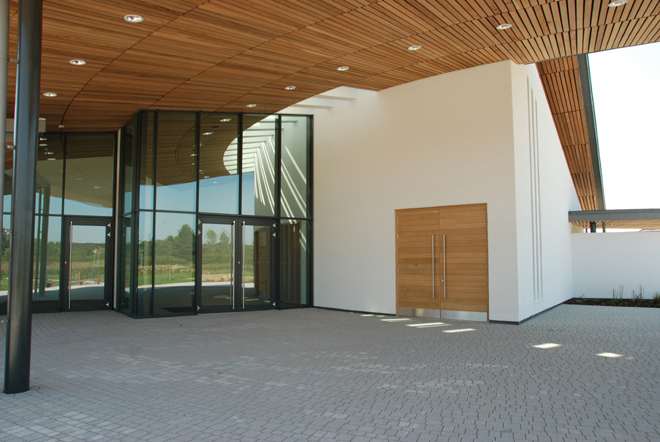 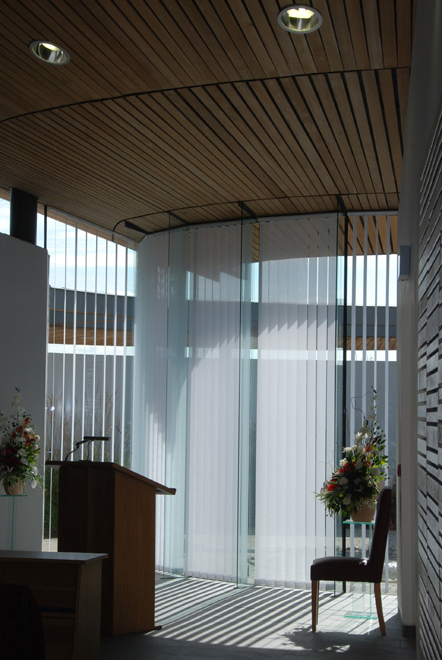 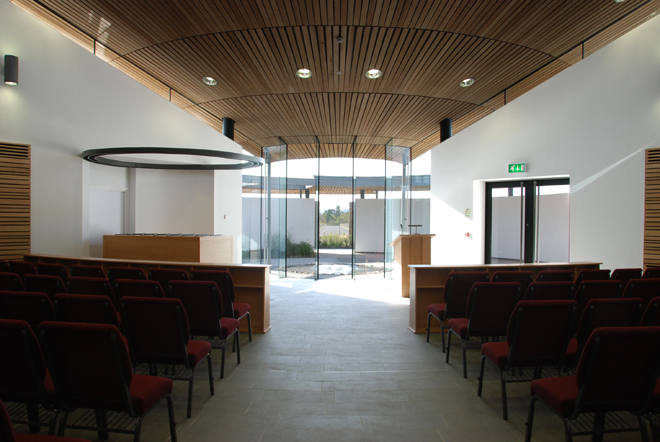 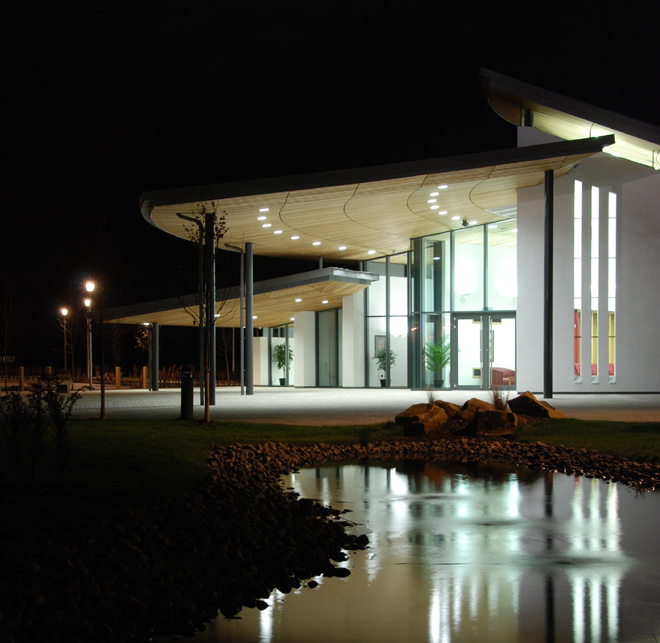 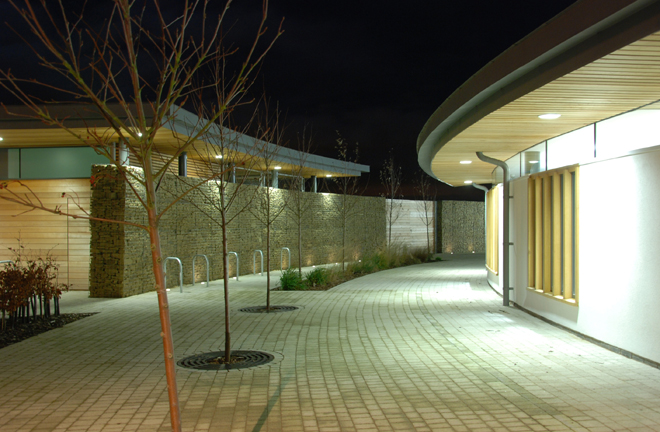 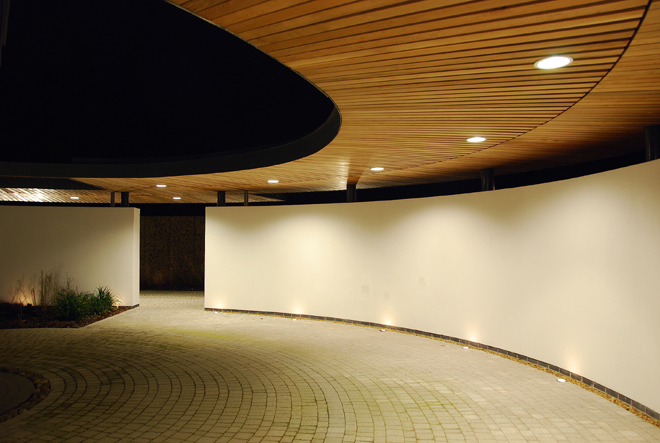 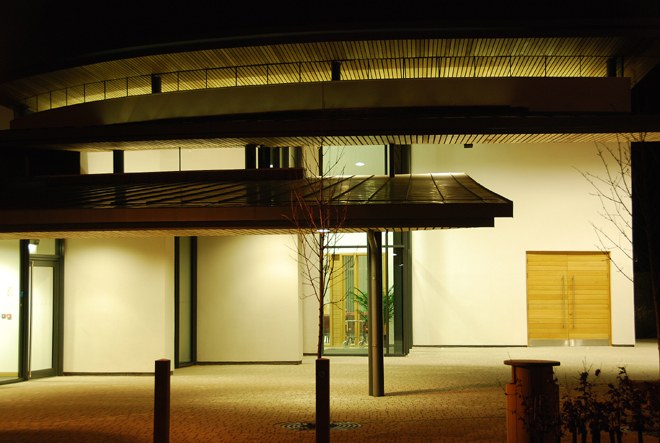 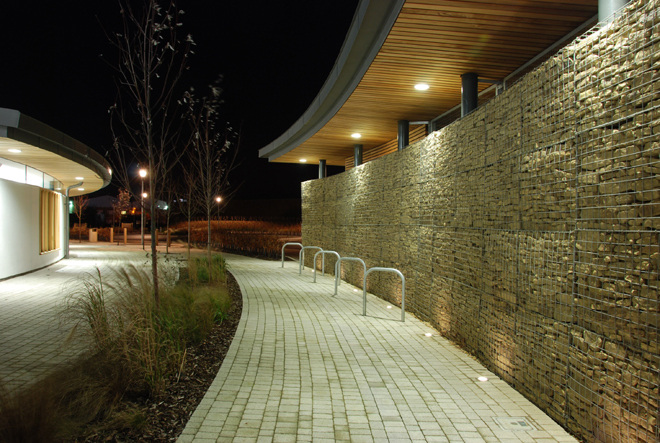 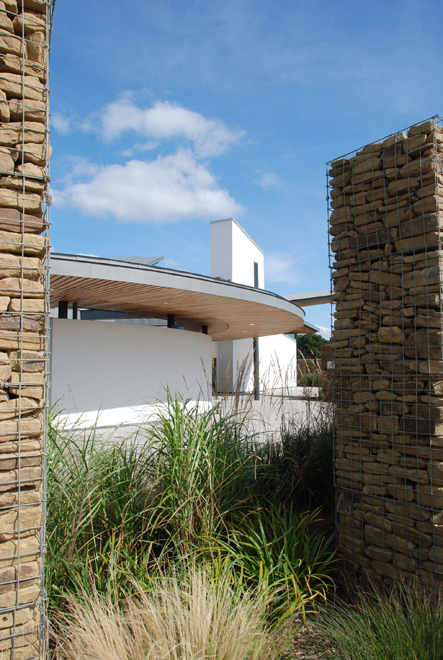 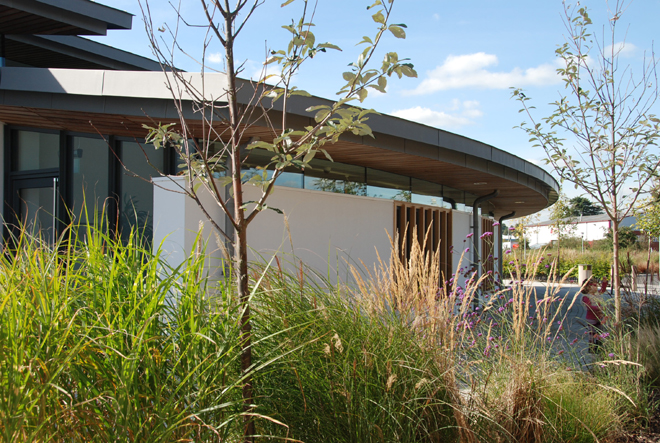 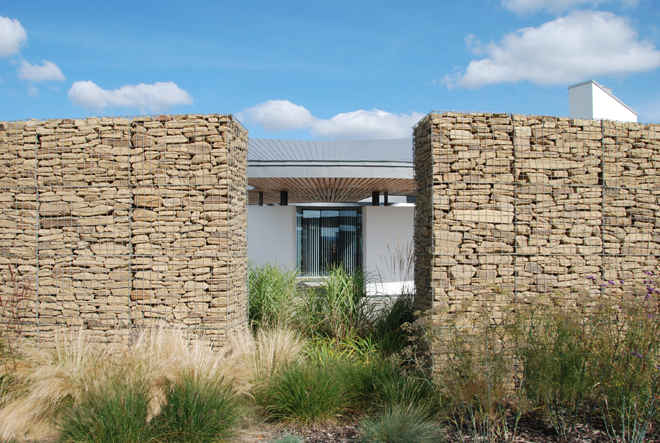 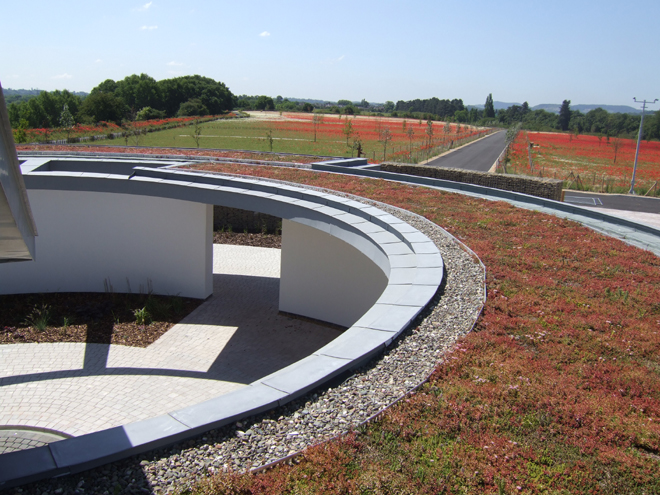