Old Hall, initially known as Coundon Villa and later as Coundon Hall, is a mid 19th century former country house set in landscaped grounds on the outskirts of Coventry. The building was last used as a restaurant and conference facility but is currently derelict and has recently suffered an arson attack. Howl Associates have been appointed to provide architectural services for the development of the Grade II listed building to create a 50 bedroom hotel with spa and a range of function room facilities.

It is proposed that the listed building is to be fully restored, with many of the original features which have been lost over the years reinstated.

The amount of accommodation required to make the scheme economically viable and generate the necessary income for investment in the listed building requires a volume that is greater than the existing buildings. To achieve the critical mass of development required, while minimising its visual impact on the setting of the Listed building and its Green Belt location, it is proposed that the large banqueting room and the hotel bedrooms are located below ground level. To address any adverse perception of subterranean development the new accommodation is arranged around two sunken courtyard areas that provide an outlook from both the hotel bedrooms and the function room. The views out from the bedrooms are therefore little different from a conventional courtyard arrangement. The landscape is to be extended over the top of the buildings with edge protection to the sunken courtyards comprising of simple railings concealed by shrub planting within the wider landscape.

It is proposed that the brick wall to the former kitchen garden is re-instated to provide an interesting landscaped walled garden that will also incorporate glass pyramid structures that provide supplementary natural light to the function room below and create illuminated features at night. 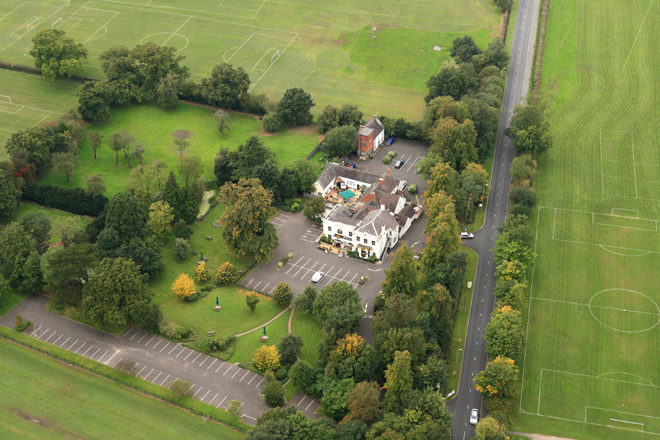 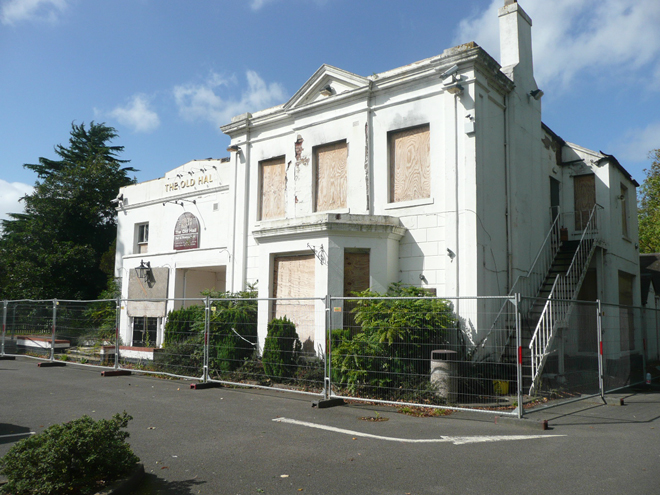 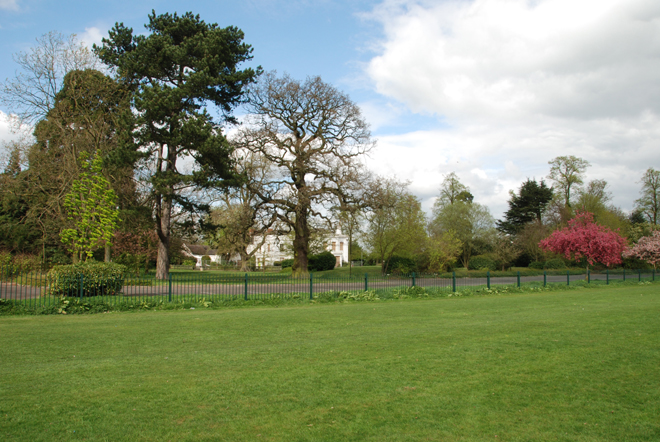 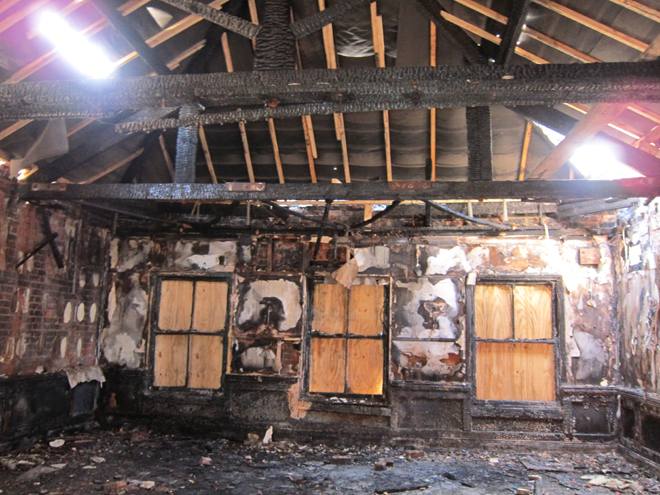 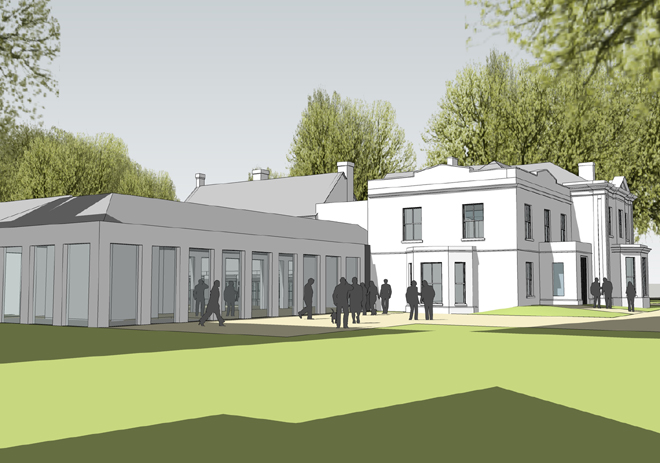 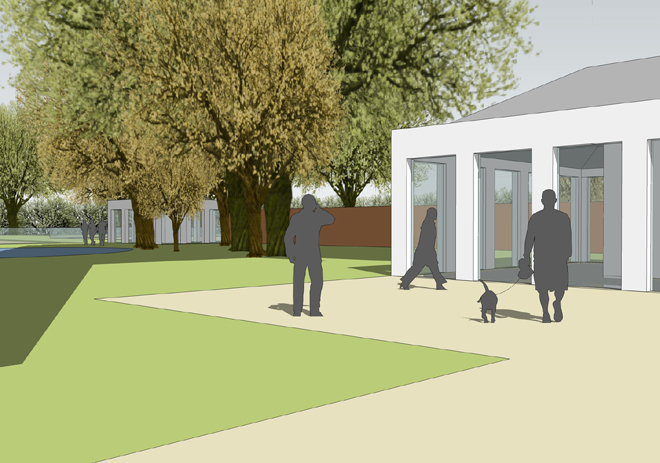 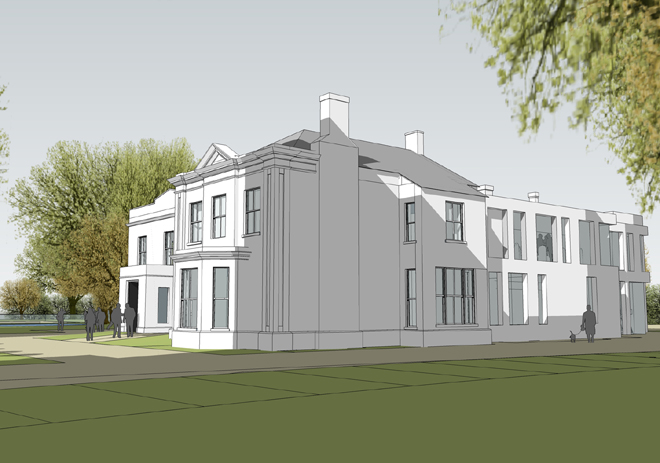 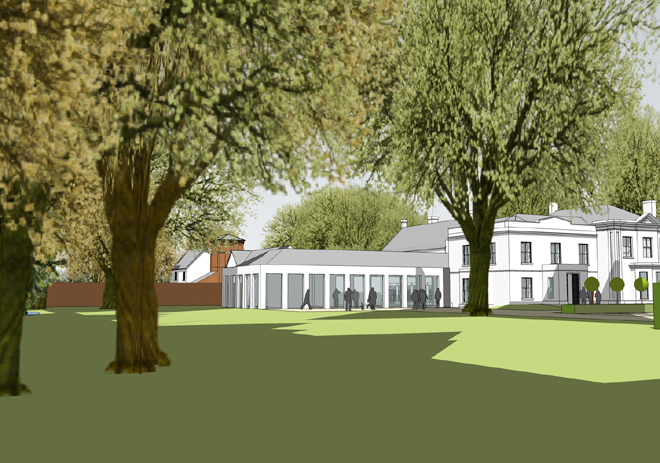 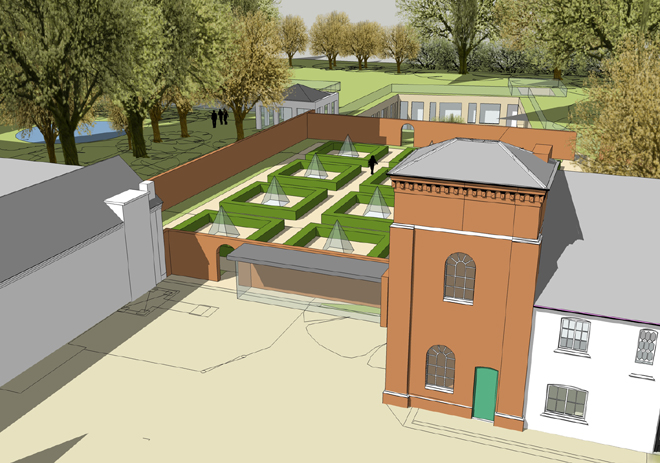 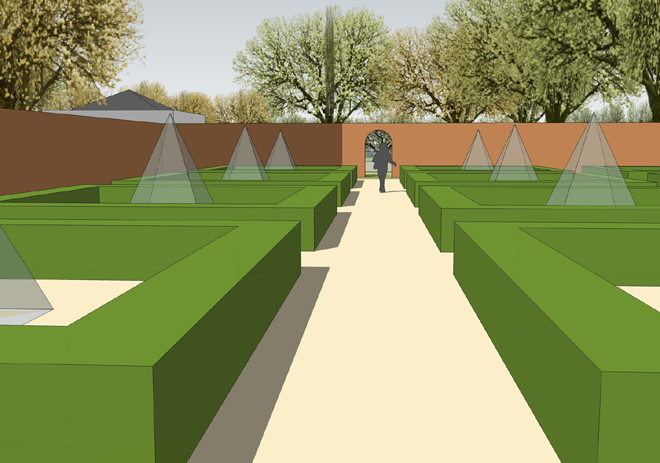 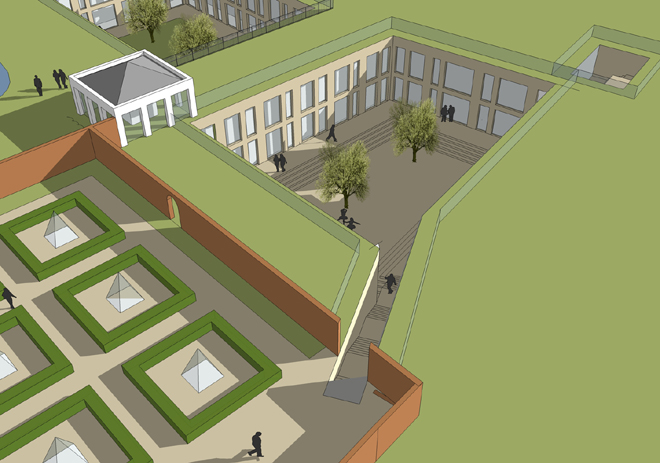 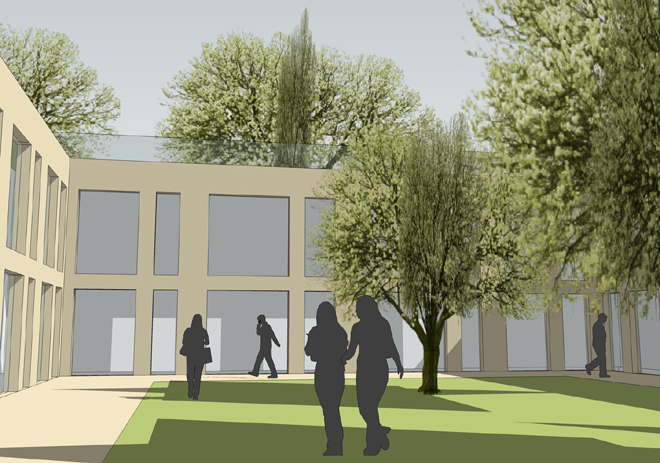 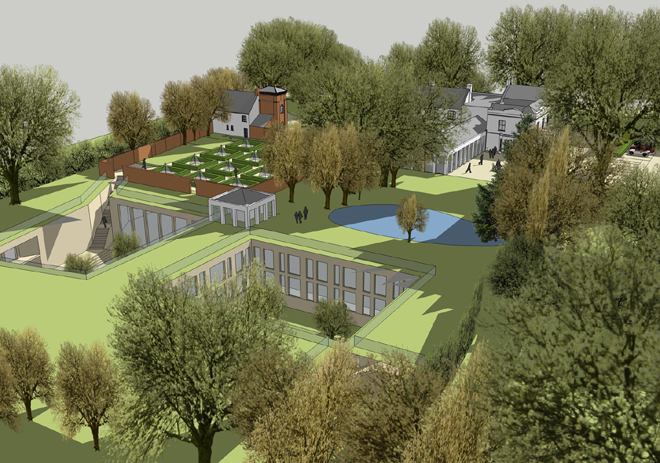